Pokémon Go, obviously a concern with users wandering around focused on devices, but are there other concerns?

Abstract: In the following article, we look briefly at the concerns regarding application like Pokémon Go with regards to general safety and Privacy, we identify that guidance by the Data Protection Commission is soon to arrive and that there are methods to prevent its use on devices.

One only has to go for a walk to the park at any stage of the day or evening at the moment to notice crowds of people gathered around Poké stops, people are walking about entirely focused on the screen of their smart phone showing no awareness to their surroundings at all.

There has been a number of concerns with regards to the safety of these users, with accidents being reported due to them not concentrating on where they were going, a recent article on scarymommy.com refers to once such incident where a 15 year old girl crossed an intersection and was hit by an oncoming vehicle whilst playing Pokémon go. Deiseroth says that she was forced to cross a four-lane road to catch Pokémon on Tuesday. “Kids don’t just cross the highway for no reason,” her mom Tracy Nolan shared with reporters.”(“Teen Playing Pokémon Go Walks Onto Highway And Gets Hit By A Car,” 2016)
Another article on abc13.com refers to a “woman seeking water Pokémon finds body in water”, the article states that “I woke up this morning and I wanted to go get a water Pokémon, so I just got up and went for my little walk, a walk to catch Pokémon,” Wiggins says, Instead, the enthusiastic Pokémon Go user found a body lying face down in a river.(“Woman seeking water Pokemon finds body in river | abc13.com,” 2016)

But what about other concerns?

Applications like Pokémon Go, which identify your location and access some or all of your devices data (contacts etc.) have long been a security / privacy concern, Edward Snowden and others have long been warning users of the risks with mobile phones, in an article on vanityfair.com, Oliver Stone was interviewed and “After enumerating the virtues of mobile devices, the P.S.A. takes an ominous turn, reminding viewers they can be tracked ‘every time you make a call, send a text.
‘We are giving them access,’ Stone warns. ‘The information you’ve put out into the world voluntarily is enough to burn your life to the ground.’“(Desta, 2016)

In an interview with the BBC news, Edward Snowden talked about the mass surveillance by governments and stated that “the agencies were targeting those suspected of involvement in terrorism or other serious crimes such as paedophilia ‘but to find out who those targets are they’ve got to collect mass data’.”(Taylor, 2015)

Obviously now in a period where more users then ever before are using smart phones and the abundance of applications which can access the devices data to include location settings, some companies and individuals alike are starting to worry about the information they are possibly sharing and to whom, whilst others wander aimlessly around viewing their screens!.

With Pokémon Go, your success on the game is based on your ability to use Google Maps to find Pokémon, in order to do this, location settings must be enabled for the application. This can cause potential privacy concerns with regards to a user’s location if in fact it is captured and held (be it the location where a creature is captured or at any point during the game) another concern is the actual congregation of people at certain Poké stops. In an online article in theguardian.com, Alan Yuhas writes about a case where armed robbers used the Pokémon Go game to lure players into a trap, he states that “Using the geolocation feature,” Stringer said, “the robbers were able to anticipate the location and level of seclusion of unwitting victims.”(Yuhas, 2016)
Other concerns are that users are wandering into company grounds and premises with the view to catch a creature.

In Pokemon Go’s Privacy Policy, Niantic labs details what information is collected and what it will be used for

the policy reads. “We may use this information to provide the Services and to improve and personalize our Services for you (or your authorized child).”

Polygon.com further tell us that “These include The Pokémon Company, service providers and other third-parties. Players can email Niantic Labs to modify or rescind their consent to their information being shared between these sources, but in doing so may lose access to elements of the game. More information can be found on the company’s website.”(Frank, 2016) 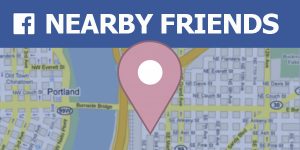 Because location settings are turned on for the device as a whole, it is not just sharing location information with the desired app, but instead all of the applications installed with the relevant permissions. Facebook has a feature entitled ‘Nearby friends’, this application allows your friends to see when you are nearby as well as to allow you to view them. This is obviously seen as a positive aspect for some, but what about when you do not want to be seen or found and what about minors using Facebook and other applications with Geo-location or Geo-tagging of messages allowing them to be pinpointed at a location?
One also now have to think about what other apps have access to that data and this potentially includes any malware which has found its way onto the device.

There have been a number of concerns raised to do with Google accounts and Pokemon Go whereby when Google users sign in via their Google account, that the game has full access to the entirety of their account, within an article on Polygon.com the author states that “Pokémon Go player’s account shows that the game has ‘full account access’ automatically. For iOS users, there’s no option to edit these permissions; the only option is to revoke access entirely.”(Frank, 2016)

Because the game is based in real-time, users are logging in more and more as when a user is not playing they are missing out on the game.

So what does this mean for business and can we block it?

Due to the problems with productivity and the potential for data collection of these applications, it is recommended that companies use Firewalls by adding the servers used by the application. Cipafilter identifies the domain ‘pgorelease.nianticlabs.com’ which needs to be blacklisted to block the app. (Cross, 2016)

Other methods involve using applications to monitor, block and manage your mobile devices, these are highly recommended as they generally allow for remote wiping of devices when they get lost or stolen.

Are there any privacy concerns according to the Data Protection Commision?

In a recent article by the independent.ie, Sarah McCabe informs us that detailed guidance on GPS enabled applications is to be released by the Data Protection Commissioner. In this article Sarah states that

Pokémon Go’s terms of service “waive a player’s rights to courtroom representation as a plaintiff or class action member in favour of binding, individual arbitration, unless the user opts out within a month of the download.”

Sarah further explains in her article that a spokesman for Ireland’s Data Protection Commissioner said “it was not aware of any specific data protection issues arising at this stage” in relation to Pokémon Go. “However, like any smartphone app that seeks permissions in respect of users’ personal data, such as location data or for advertising or personalising services, there are privacy implications and users should make themselves aware of the terms to which they are agreeing in downloading and installing the app,” the spokesman added.(McCabe, 2016)

Teen Playing Pokémon Go Walks Onto Highway And Gets Hit By A Car. (2016). Retrieved July 20, 2016, from http://www.scarymommy.com/teen-pokemon-go-highway-accident/